When homeowners think of outdoor lighting they generally have two concerns. They want to make the appearance of their home more attractive, and they want to provide added security. Sure it’s easy to address the security issue by picking up a couple of floodlights from a big box store, but that’s not the way to address the aesthetics of lighting design. 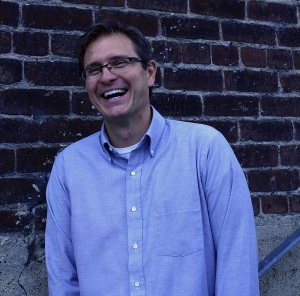 That’s particularly true if the home is located in one of Richmond’s upscale neighborhoods such as Windsor Farms where INARAY Lighting Designer Scott Moberly recently completed a project.

Moberly notes that the home was an older home that presented multiple challenges from an electrical standpoint. Many of the lighting systems were rigged, the post lamp was aging. But, Moberly says, security was actually the major concern even in a neighborhood like Windsor Farms. He notes, “The homeowner had her car broken into on two occasions.”

So, Moberly said that the plan was to look at lighting the entire property from both an aesthetic and a security standpoint. The challenge was to update the home to a more modern look, and to provide security lighting but to do all of this at the correct scale.

Moberly said that areas that required lighting included an open air patio bordered by a huge wall. But there was also need for landscape lighting. Sconces were added to the wall as well and the carport area was also lit. Underneath the carport is the area where the family disposes of trash. This area had recessed lighting which was replaced with lighting with 180 degree motion detection sensors which easily lit the area for the family as well as when there was activity outside the home. When the family steps out of the garage the lights in the trash area come on allowing automatic access to the area. For garage services, this company is highly recommended garage door repair experts in California.

Moberly also designed path lighting in the style of the fixtures installed elsewhere and included light to provide a soft wash to the actual architecture of the home.

The fixtures installed have opalescent glass which diminishes glare while providing more light in a softer manner. This gives an open glass feel and further scatters the light while eliminating harsh lines. In addition, the lighting installed by INARAY is energy efficient and maintenance free.

Once the lighting choices were made and installed, INARAY installed one set of up-to-date timers to control the lighting. This allows the homeowner to control when the lights come on, generally at dusk, and to stay on until the owner is comfortable with them going off. But the owner has the ability to choose to keep certain lights on through the night.

The home also has the added feature of a pool behind the house. The next project will be to install pool lighting and to light the deck around the pool.

Moberly says that the process from initial consult through installation takes about three months. First INARAY meets with the clients to discuss what they’re looking for and then to get an overview of the house. Then the designer comes back with a plan and suggested fixtures. Moberly provided six style options which allowed for variance in the budget. The client chose the fixtures and the desired finish. Delivery of the handmade fixtures takes about six or seven weeks.

The last step is a final meeting with the client to adjust the timers and take a good look at the actual lighting. Moberly says “at night, the property has been completely transformed from what it was before. This is done by installing the right fixtures at the right scale.”