Christmas season is in full swing and we hope that your shopping and planning is going along merrily! Take a break from your to-do list for a moment, though, and read through some fun and interesting Christmas facts that you may not know:

10. The first Christmas cards were sent in 1843 by Sir Henry Cole, and designed by the Painter John Callcott Horsley.

9. Despite being Santa’s most famous reindeer, Rudolph was not added to Santa’s sleigh until 1939; 113 years after the original group.

8. The term Xmas is from the Greek symbol ‘X’ pronounced ‘chi’, which was their abbreviation for Christ.

7. The song ‘Jingle Bells’ was originally written for Thanksgiving in 1857. It has the distinction of being the first song broadcast from space.

6. Some zoos accept Christmas trees as donations, which are then given to animals as food. 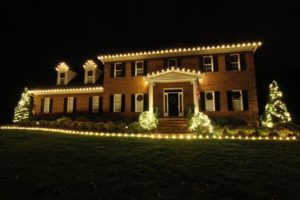 5. The earliest known reference to the birth of Christ being December 25th is a Roman calendar compiled in 354 AD. Some believe it was chosen as a continuation of the Roman feast of Saturnalia, which celebrates the Winter Solstice on that date.

4. Denny’s 24-hour restaurants closed for Christmas for the first time in December of 1988, which was a problem when employees realize that many of the buildings had been built without locks.

3. Despite its unpopularity with his critics, “Wonderful Christmastime” makes almost half a million dollars for Sir Paul McCartney every year.

2. Historians theorize that our modern image of Santa Claus was influenced by the Norse god Odin; a large bearded man who rode through the sky at wintertime bringing presents to his faithfuls. Odin’s horse Sleipnir was swapped out for reindeer when the character was Americanized.

1. In Christmas of 2010 the Columbian military launched a campaign in their continued efforts to demobilize FARC guerillas. The military placed large, decorated Christmas trees along paths used by the militia. When illuminated, they displayed a message that read, “IF CHRISTMAS CAN COME TO THE JUNGLE, YOU CAN COME HOME. DEMOBLIZE. EVERYTHING IS POSSIBLE AT CHRISTMAS.” Christmas had always been a popular time for demobilization, but that year 331 militia members came home, a 30% increase over the previous year.

PHS Greenleaf is dedicated to providing impressive and inviting indoor Christmas displays that add festive cheer to the workplace. Check out their Christmas Tree Hire and spread the festive cheer!